There's a big difference between low-carb and keto diets, and somewhere along the lines, everything gets blurred and gets a little bit confusing. I will clear up the misconceptions and the confusion behind the low carb diet versus the keto diet.

The low-carb diet and the keto diet imply that you're going to be on lower amounts of carbohydrates, but where the differences lie is how far you push it with the low-carb and the implementation of good fats.

All-In or The Grey Area?

So you don't feel like you're starving all the time. So what happens if you don't cut out the carbs enough? Is then you hover in what I call the gray area, the low-carb grey area, where you've restricted calories and restricted carbs, just enough to feel foggy and feel fatigued and feel lame, but not far enough to allow the body to produce ketones.

There's a fine line between when your body stops utilizing carbs as a fuel source and starts using fat. If you hover just above that line in the low carb threshold, but not quite the Keto threshold, you're just running on very, very, very limited amounts of fuel, so the way that I've described it before is like a fuel tank in an old car.

Don't Let The Gas Tank Get Too Low.

So my family always taught me never to let the gas tank get super low. Why? Because at the bottom of the gas tank is a bunch of sludge and it can clog your lines, it can make it so the car, the vehicle doesn't operate.

You have just enough carbohydrates to provide you with energy, but not enough restriction to put you into that next phase, so you're technically not in ketosis. So you're running at the bottom of the tank, where all the sludge is that's what you feel so foggy and feel so lame.

If you were to push it a little bit further and increase your fats, then you'd be in a situation where you're in keto, and you no longer have to abide by the sludge rule. You throw that tank out altogether, and you start running on a whole separate fuel source.

It's like you have a big gasoline tank, which is your carbohydrates, and another fuel tank, which is jet fuel, but you can't Magically access that jet fuel until you drain the gasoline. Gasoline gives you energy, but jet fuel gives you more power.

So if you're sitting, it's at the bottom of your gasoline tank. You're just running on sludge, and you're never getting the opportunity to use the jet fuel that's there. The keto diet is different from low carb because you push it through that threshold and break into the jet fuel, big difference.

For example, a cauliflower pizza crust will work for low-carb, it's low calorie enough, and it's low carb enough, but I encourage you to put the higher fat toppings on it. Enjoy the pepperoni enjoy some of the meats, enjoy the cheeses that are going to, get your fats up so that your cauliflower crust pizza helps you get into that keto State, not just in that low carb state, and that's also the difference between Atkins and keto.

That's. Another question that comes up a lot Atkins is the low carb state. Keto is the keto state; They're very different. 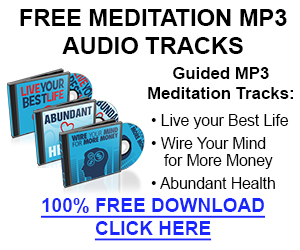